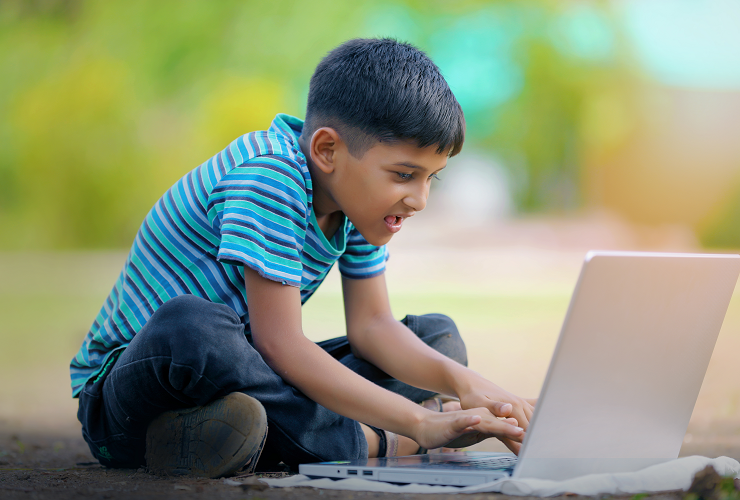 What is Parental Control?

One of the biggest conundrums parent’s face today is how to introduce their child to the world of internet. Since it has become such an integral part of lives today and its harms have literally started affecting everyone, they have to do it sooner or later. Most kids use for things like watching videos of cats, Stampy’s Minecraft exploits and loom band tutorials. While watching these videos on YouTube and whatever site they chose to watch in the absence of parents can lead to them being exposed to a wide range of harms. These harms could be anything from nudity to violence to anything that is present in the world of internet. Parental controls thus act as a barrier between the kids and harms of the internet. Still unaware of risks such as phishing, or social networking etiquette, online privacy and a plethora of other things children continue to use websites that may seem harmful to a reasonable adult. In an attempt to minimize harm and maximize the benefit parents resort to using Internet filters. If internet was not in question we may be considering to use this control basically a parents concern as going out, being home on time, studies etc. But now that we have entered this new paradigm of the internet all must be considered in its light.

Web filtering is now being used as an effective way to cope with the harms of internet and restrict the usage for your child. Web filtering for schools are tools and software’s that allow the parent to restrict and monitor the child’s internet activity. This feature is now available in many apps and websites to mitigate the harms faced the youth of this day. This can include the inability to access specific sites, keeping a check on the amount of time being spent on the internet, viewing what is being surfed and what not. The most common way of instituting internet filter is through application software. Not all applications will encompass everything you need but they would still provide some basic check on your child and his activities.

There aren’t very specific types of parental controls but a very generic way to differentiate between them would be to consider the use of technology in their system. They can be classified into three major categories. The first one being the Network level controls. This type of parental control is set on the hub or the router and applies to all devices connected with it. Hence, it’s the most efficient way to restrict the entire household but there may be mature adults in the house for whom such use may be deemed appropriate so you may consider other methods in the presence of adults.

Secondly, Device level controls are specific to the device like the smart phone and will apply always no matter to what connection are you using. This could help you to manage and restrict the usage on your child’s iPad or whatever monstrosity technology has bestowed upon him these days. This is beneficial for a big household filled with both adults and juveniles who need surfing supervision.

Lastly, Application or platform controls are there when there is a need to place control on a specific application for example if a parent needs to stop his child from viewing any PG 18 videos on YouTube and the child wants to view it, he won’t be able to do so. This is a more intricate way of making your child’s internet experience safe without making him feel like he is not being given enough freedom and “My friend’s parents let him see everything” conversation will also be easily avoided. In today’s world you need to have a know-how of everything around you, by using this type of content filters giving him complete liberty and at the same time keeping him away from anything wicked not suitable for his age.

But what are the restrictions we are essentially talking about? Parental Controls includes filtering and blocking content that you don’t want your child to see, for example violence and pornography. Limiting their access to certain websites that may affect them adversely. Social Media and the internet has never been a safe space and some studies have shown that people using social media are more likely to commit suicide. Control the time and the amount of internet surfing the kids’ can do, setup different profiles so that each family member has a profile with restrictions that are appropriate to them. Broad band controls are those which are facilitated by the broadband company at your place. This includes companies like Sky, Virgin media. What they allow you to do is control what content ends up showing to your place the first place. Entertainment platform control is an example application specific control. An obvious would be the example of YouTube there’s a separate bar which has its own set of different configurations as to what kind of web filters does the controller even want to initiate in the first place. Another important step that parents may undertake is that block outgoing internet traffic, children tend to give out personal information to games and many other applications by doing this you would be protecting them from potential hackers and malware issues.

More importantly, the work isn’t just done by just having such controls. It is often that the key to safer environment for the child is dependent on the communication between the parent and the child. The reason why effective communication is the key is because kids need to understand why they have been told not to do something. In order for the child to be a law abiding member of the family you must make him adduce the significance of these rules by guiding him about the consequences and the dangers you avoid by up taking these preventative measures.

As far as deciding which type is the best is concerned, there isn’t a lot that ends up separating them. For example in a majority of cases Internet service providers already provide you with the ability to do what you deem fit when you’re getting the broadband connection initially. Some trusted names of applications or control facilitators are Norton Family, DNS Angel, Bit defender and Forticlient.

How to set Parental Control for safe Online Practices

Parental control is the technological way to deal with this monstrosity of a thing called the internet. Because new problems need new solutions. However, it is still impossible to make sure that the use of Content filters will completely restrict internet usage. Kids are generally restless or more accurately “active”. They always need something to do and today internet seems to solve the problem for many parents but as we previously discussed. The number of harms associated to internet surfing outweigh the benefits, hence it is time to move back to our ideas of simpler times. We know that we can restrict access by changing the Wi-Fi password, using parental controls of different kinds, MAC Address filtering and much more. But the fact of the matter is that eventually at some point you will give in to your (annoying) kid and revert back to your work. The real solution is to provide an alternative to that unruly child and his restless soul. I would highlight only some of the things you can indulge your children in;

The greatest alternative, may be a little hard to achieve but you may use reward systems and in house competitions to make your child read the book. You can have him act it out, rewrite the ending, write a summary, write something about his favorite character and much more. Just get a little creative to make it interesting for him

This is one thing that may be easier then reading. Give them some colors and papers and let them work their magic. Ask them draw different things and scenes every day and write 2-3 lines about it. Let them have fun with poster paints, clay, crayons and any other art supplies which they enjoy.

This is a hard one for the parents (in all honesty, all of the alternatives are). Make this a weekly or twice a week thing and teach them play different sports and let them channel their energies in something productive. Help them make new friends and set up play dates and movie nights for the kids under your supervision.

These things will not only help your child in becoming a better human being but they would also be well educated and social in real life and won’t be used to of operating behind a screen. These aren’t parental controls but effective ways to reduce internet usage for your child. Obviously after doing all of these things you will not completely eradicate internet out of their lives but involve them in other healthier activities eventually restricting usage.

Sign up here to get the latest news, updates and special offers delivered directly to your inbox.