An internet hub, also referred to as a network hub, is a network connection point for devices. An internet hub is a device used for connecting parts of a Local Area Network (LAN). The hub contains several ports, and when a packet reaches one port, it is copied to the rest of the ports so that all parts of the LAN can view all the packets. Typically, the internet hub is plastic and derives its power from a conventional wall outlet. Up to the early 2000s, the internet hub was standard in homes, until the broadband routers replaced the hubs. 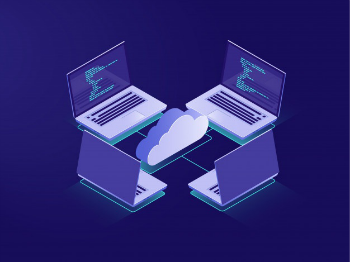 What an Internet Hub Does

Hubs are the central connection for all networking equipment. It handles data, also known as frames. Frames are what carry your data. When received, the frame is amplified, and then transmitted onwards to the required port. In a hub, the frame is broadcast to every port. The hub cannot differentiate which port a frame should go to. Delivering the frame to every port ensures that every frame gets to its destination. This puts a lot of pressure on the network and creates traffic, leading to inadequate network response. In comparison to a standard switch, the internet hub is slower as it sends or receives information at different times,

What Is The Speed Of A Hub?

Internet hubs have different speeds, i.e., the bandwidth and network data rate. The original internet hub had a rate of 10Mbps, while a modern internet hub has the support of 100Mbps. The contemporary internet hubs offer 10Mbs and 100Mbps speeds (10/100 hubs or dual-speed).

The ports an internet hub can support vary. The most common internet hubs are the 4 to 5 port hubs, which are mostly found in homes. The 8 to 16-port hubs are found in small offices, schools, and houses too. If the hubs are interconnected, also referred to as daisy chaining, they increase the number of devices the internet hub can connect to and support.

Older internet hubs were larger and noisier due to the inbuilt fans they had for cooling it. Modern internet hubs are smaller, noiseless, and mobile.

There are three types of internet hubs, such as:

A passive internet hub acts as a channel for the data and enables it to pass from one device to another. It does not expand the electrical signal of inbound packets before sending them to the network. A passive hub does not need electricity for it to work.

An active internet hub, also known as a smart hub, amplifies the inbound packet and then transfers it to the destination port. An intelligent hub can be stacked, as it built in a way that allows several units to be stacked on each other for space conservation. The hub uses electricity to operate.

When an Internet Hub Can Be Used

An internet hub is used either for the expansion of a network, or the replacement of a severed network switch. An Internet hub is used if the network’s performance is not a vital factor. The difference between an internet hub, a switch, and a router is that all data packets that reach the hub are transferred to every port no matter which port what the first device uses. This is because an internet hub, unlike a switch or hub cannot differentiate which method requested for data.

You can use an internet hub as a device on its own. You can also use it while connected to switches and other hubs to create an extensive network. Internet hubs are easily installable, and maintenance is low. For office networking, a hub is easily configurable. The decision to use a hub lies mainly with the network speed needed.