NuEduSec   >
What is Shadow IT

What is Shadow IT?

In today’s digital world, there are so many cybersecurity issues that you have to contend with. Shadow IT is one of these issues. If you are wondering what is shadow IT, you are not alone. This is a relatively new term in the cybersecurity sphere. It implies the unsanctioned applications that employees use at the workplace. Often, these applications are used in disregard of the approved systems and policies.

When employees use these apps, the IT department lacks visibility into employees’ activities. This is likely to invite cybersecurity risks such as data exfiltration by unauthorized insiders or the uploading of sensitive company information to unsecured cloud apps by employees. Typically, all this happens under the nose of the IT department, something that exposes you to wanton risks. 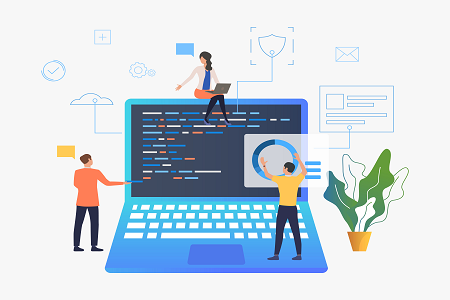 Besides the known cloud applications such as Microsoft 365, there are dozens of less-popular cloud apps that claim to be tailored to match the needs of specific industries. The features of such apps may sound exciting, something that could entice employees into using them knowingly or unknowingly. When these apps are used without the knowledge of IT staff, corporate data is put at risk.

Why Shadow IT is a Looming Cyber Security Threat

Everyone needs to be concerned about what is shadow IT because it’s an issue that all organizations face. Unfortunately, the problem often gets underestimated despite the threat that it poses to the corporate world. A recent study by the Everest Group established that more than 50% of tech spending by organizations is in the shadows. This means that you could be spending money on software purchases that your IT department isn’t aware of. Worse still, some of the software that you purchase puts your devices and data at risk.

Any time your company’s IT department isn’t aware of the software or apps being used at the workplace, more security gaps emerge. Simply put, more apps results in more weaknesses and endpoint vulnerabilities that could get exploited by cybercriminals and hackers. Your IT department can’t take cybersecurity measures against gaps that hypothetically don’t exist. This is what makes shadow IT a significant cybersecurity risk. Generally, all PC-installed apps that are used within a shadow IT ecosystem require security patches and updates at some point. However, there isn’t a guarantee that employees who use these apps will make the necessary security patches and software updates. This leaves your company’s crucial data and systems at the behest of cybercriminals.

Besides, users of shadow IT software or apps may not be in compliance with your company’s in-house cybersecurity policy or industry guidelines. As a result, hackers are likely to use such apps as an entry point to other apps, your systems, and databases. With access to your company’s crucial cybersecurity assets, your entire network could be vulnerable.

How Cyber Criminals Can Exploit Shadow IT

To understand what is shadow IT, you first have to bear in mind the fact that most employees who use unauthorized apps do so without any malicious intent. Often, they don’t know about the significant risks that they are exposing the company to. A recent IBM report established that 30% of employees at the so-called Fortune 1,000 firms use cloud-based SaaS apps that haven’t been approved by the companies’ IT departments. Employees may, for instance, store work-related documents on personal Dropbox accounts without knowing that the accounts don’t have a similar level of security as approved apps. In case of a breach, the IT department will not have an idea about the scope of the threat. Consequently, they won’t know what data got compromised, and when.

Shadow IT apps also pose a threat to your company’s data when used on personal tablets and smartphones. When employees store confidential company data on unapproved apps used on a mobile device, for instance, the data could get synchronized between secured and unsecured devices. This gives hackers and other malicious individuals an opportunity to access unsecured devices via known techniques like Wi-Fi hacking.

How to Address the Shadow IT Problem

After knowing what is shadow IT, it will be easier for you to protect yourself against cybersecurity threats that arise from the use of unauthorized apps and software. In recent years, hackers have been ramping up their efforts when it comes to exploiting shadow IT vulnerabilities. Nonetheless, there are strategies and measures that you can put in place to insulate yourself against risks that are prevalent in shadow IT apps. Besides establishing internal procedures and controls, employees should get educated against the dangers of shadow IT. Shadow IT threatens your network’s safety. NuEduSEC helps you prevent the possible use of unauthorized devices and apps by employees. Our solutions analyze and report all activities that occur in your network, thus helping you to root out shadow IT resources.