Malware Software: How It Works

Malware (short form of ‘malicious software’) is a code or file that is typically spread over a network. It infects the network, explores it, and steals users’ data. Malware software performs any behaviors that attackers want it to perform. Simply put, malware is anything designed to damage devices, steal data, and generally cause a mess. Malware software is a collective name for various software variants such as spyware, viruses, and ransomware.

Malware is as old as the Internet itself and has also evolved with technological advances. It has been a threat to organizations and individuals for over three decades. Creeper viruses first emerged during the 70s. Since then, computer networks and devices have been under constant threats from tons of different malware variants. All these are intended to wreak havoc and cause as much disruption as possible. 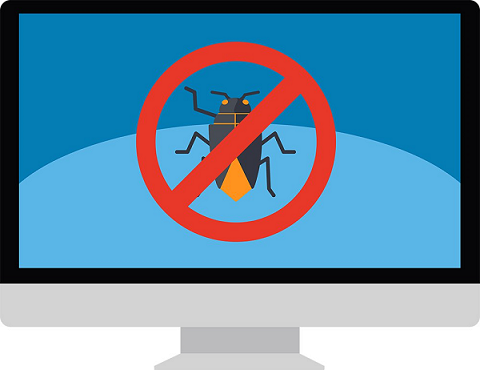 What Can Malware Software Do?

Generally, malware is used by cybercriminals in different ways. From stealing sensitive data to demanding a ransom from Internet users, there’ so much that hackers can do with malware to perpetrate their acts. What’s more, these cybercriminals are using more sophisticated malware software to target their victims. Here are some of the software.

Arguably, this is the most prevalent malware software out there. A virus works by attaching its malicious code to the user’s clean codes. The code will stay put until an unsuspecting user executes it. Just like it is the case with biological viruses, a computer virus spreads quickly and widely. It can cause extensive damage to your network’s core functionality by corrupting files or locking users out of computers. Viruses are typically contained in an executable file.

As the name suggests, this malware software is designed for spying purposes. Hackers use it to monitor what you do whenever you log into your network. Spyware hides in the background of a computer and collects information about your activities without your knowledge. Information such as passwords and credit card details is relayed to hackers who will use it to intrude on your network.

This type of malware software gets its name from its attack technique. Worm infection starts with one infected device before the software weaves its way through your network to spread the infection to other devices. Worms can affect your system within a short time, thus crippling it.

Also known as Trojan horses, this malware uses disguises to appear like legitimate programs. Once you install them unwittingly, Trojans will act discretely to reach the security mechanisms that you have in place. They create backdoors, which provide entry points to other malware variants.

This is one of the most potent malware software that you will come across. Also referred to as scareware, ransomware can lock down entire networks, thus denying users access until they pay a ransom. Ransomware attacks have targeted most global corporations. Often, they end up making considerable payments to retake control of their networks.

How Does Malware Software Spread?

Malware software spreads differently, and each type of malware has a different way of attacking a network. Most malware variants rely on user action. Some get delivered over emails or direct messages via executable files or links. Some tech-savvy hackers leverage social media to spread malware.

All devices and networks are susceptible to malware attacks. Therefore, organizations must be aware of the vulnerabilities that they face. The awareness will enable them to implement a pragmatic line of defense against malicious software.

Protecting Yourself Against Malicious Software

After understanding what malware is, and the different types of malware software, it’s essential to learn how you can safeguard your network and devices. When it comes to malware protection, there are two crucial areas of concern that you shouldn’t ignore. These are user vigilance and protective tools. It’s always easy to implement various protective tools to secure yourself against malware attacks. For instance, anyone can buy the best-in-class anti-malware solution to protect a network. However, users are prone to error, temptation, or fear. After installing the best antimalware solution that you can afford, you should go further than that by educating users about the risk of malware. This will help them know what to do to prevent attacks.

Malware software can grind your network’s operations to a halt. This is something that you don’t wish to experience, given the critical role that your network plays in the day to day operations of your organization. NuEduSEC offers best-in-class malware protection and robust cybersecurity tools to prevent these attacks. Contact us today to learn more about our solutions.