In the past, cybercriminals spread their wares from one user to another using infected floppy disks. Thanks to technological advancements, it has become even easier for them to spread malicious codes. Fortunately, Internet users can play a significant role in curbing the spread of malicious code. It all starts with malware detection and removal.

Malware is malicious software that cyber criminals dispatch to infect networks or individual devices. Typically, the software exploits target system vulnerabilities such as web application plugins, which can be hijacked. Malware infiltration can be catastrophic, with consequences ranging from data theft to the crippling of your organization’s network systems. Here are some common malware detection and removal techniques. 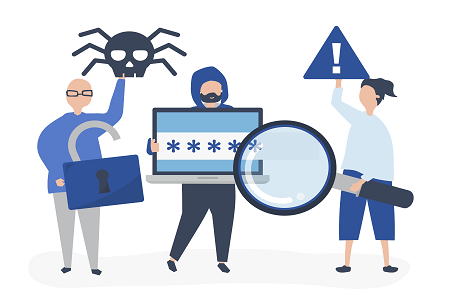 The realization that unmitigated malware can cause extensive damage to computer networks and devices inspired early software developers to create programs for detecting and blocking the threats. These programs were known as anti-virus software. This malware detection method is now referred to as signature-based detection.

When using this technique to detect malware, each file that goes through your network is analyzed and assigned a hash before it’s added to a signature database. After that, the hash will be compared to those of subsequent files that go through the network. If a suspicious file passes through a network that has antivirus software, the program will look for patterns that match with a well-known malware family.

In case the file matches a known malware variant, it will get blocked. Thanks to tech advances, cybercriminals are developing more potent malware. Therefore, signature-based malware detection and removal is no longer reliable since it cannot stand up to evolving malware.

Since signature-based detection alone couldn’t stop the spread of malware, there was a need to create a solution that can keep up with evolving malware. Heuristic malware detection is one such method. This technique evaluates the behavior of a software or system to detect threats that haven’t been identified by signature-based techniques.

Initially, heuristic analysis establishes a standard of regular activity of a system or software. If anything different occurs, it will stand out as an abnormality. Heuristic analysis is among the malware detection methods that can detect and remove polymorphic malware. Likewise, it allows software developers to change rules based on emerging threats constantly. However, this technique doesn’t state how malware developers get notified about threats.

This detection technique leverages sandboxes, which detect malware by analyzing malicious code in isolated virtual environments. This way, researchers can observe the real behavior or the code within a safe environment, where it can’t spread or harm the system or network that it’s running on. Sandboxing has been proven to be a practical malware detection technique since, in great detail, it can determine how malicious code acts when it intrudes on a device or network.

Similarly, sandboxing provides developers and researchers in-depth information relating to the behavior of malicious code. In a real-life situation, it will be easier for them to figure out the intentions of a particular threat.

Nonetheless, this malware detection and removal technique has its drawbacks. For instance, modern threat actors have been increasingly creating ‘sandbox-aware’ malware, which knows when it is run in a sandbox. Therefore, it can act differently than it would in a real-life environment to avoid getting flagged.

Besides, some malware versions are designed to leverage blind spots in sandboxing. This means that your system can still get attacked if threat actors take advantage of these blind spots. Sandboxing also creates performance challenges since it’s a time-consuming malware-detection technique. It’s impossible to sandbox every file.

Signature-based malware detection, sandboxing, and heuristics can give you a head start in your quest to secure your network. But, considering their significant drawbacks, you cannot trust them enough. Standing up to today’s malware requires you to use newer and more dynamic techniques. These include machine learning-based static detection, application whitelisting, and endpoint malware detection and response.

Machine learning detection techniques can be used to identify and differentiate benign files from malicious files. With time, they teach the machine what’s bad and what’s good so that it can sort out data on its own. Application whitelisting entails validating and controlling all aspects of the malware detection process. Applications are blocked from doing everything, bar what they are supposed to do. This helps prevent zero-day attacks. You can fall victim to a malware attack anytime. Endpoint detection and response tools from NuEduSEC monitor and record events and data from endpoint packets and logs. The collected data gets analyzed to get an idea about what happens after infections. This way, it becomes easier to identify and respond to malware attacks.