Often, hacking is associated with cybercriminals who are out to leverage their computer know-how to access users’ data illicitly. Despite the negative connotation that is associated with hacking, there are lots of hackers who are using their expertise to make the Internet a better and safer environment. These are referred to as ethical hackers. If you have ever thought of being an ethical hacker, here are some hack rules that can help you realize your dreams. 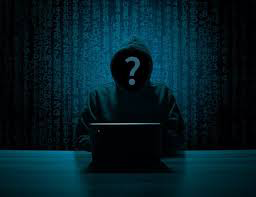 Understand What Hacking is All About

Hacking per se entails identifying weaknesses and vulnerabilities in a network or computer and gaining access to it. Typically, malicious hackers intrude networks and devices to steal data or spread malware. On the other hand, ethical hackers obtain authorization to access the security stance of a target network or device. Ethical hackers are commonly referred to as white hat hackers, while “classical hackers” are commonly referred to as black hat hackers. Grey hat hackers are individuals who access companies’ networks without authorization, but reveal the identified weaknesses to the companies thereafter.

Since the goal of ethical hacking is to reveal inherent weaknesses and vulnerabilities in a computer system, they document every step that they take while hacking the system. In doing so, it’s easier for them to report these vulnerabilities and recommend ways of fixing them. This is one of the most significant hack rules that beginners should keep in mind.

How to Become an Ethical Hacker

Arguably, one of the most significant ethical hack rules is that you should be ready to learn new things continually. New cybersecurity tools emerge daily. As a hacker, you can only get perfect at your work if you are willing to learn about the latest techniques and the inherent weaknesses in them, which you can exploit. Likewise, you should be continuously on the lookout for security gaps to exploit companies’ networks.

Ethical hackers should also have a foundational understanding of more than one scripting or coding language. Besides, they should have a deep understanding of web and network security. Each of the hack rules that you come across anywhere undoubtedly highlights the importance of learning to code and understanding the core concepts of operating systems. You should also understand the fundamental concepts of networking and security, besides marking up as many technologies.

One of the lingering questions that will undoubtedly ring on your mind as you seek to become a hacker pertains to coding platforms. To succeed as a beginner hacker, you need to identify the most suitable platform to code in. Generally, this depends on the platform that you will be working on. For web applications, the most appropriate coding platforms are HTML, ASP, JSP, and PHP.

If you intend to become a mobile application hacker, the best coding platforms are Java for Android OS, Swift for iOS, and C# for Windows OS. For desktop-based software, use Java, C++, and C# as your coding platforms. Python is also a highly-recommended coding platform since it’s a general-purpose language. Likewise, it’s highly portable.

While on the lookout for the best coding platform, you should bear in mind that what’s necessary for each programming language is learning the fundamentals of coding. Likewise, you should be keen on core concepts like data types and variable manipulation.

There are lots of other essential hack rules that wannabe hackers should familiarize themselves with. Some of the crucial points to keep in mind are:

As a hacker, you are still vulnerable to hacking attacks. Safeguard your data from hackers by leveraging NuEduSEC’s top-of-the-range threat protection solutions, which come with a real-time reporting system.